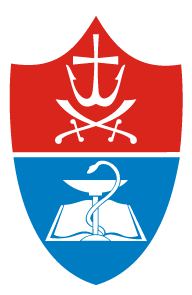 VNMU began as Vinnytsia Pharmaceutical Institute in the year 1921.

The Institute was named after N.I. Pirogov. In 1984 the Institute was awarded the “Badge of Honour” for the success in training doctors and assistance for public health sectors. By 1988, VNMU elected V.M.Moroz as a rector. At that time he was an honored scientist and technologist of Ukraine, a doctor of medical sciences, and a professor at Vinnytsia Medical Institute. In 2003 V.M.Moroz was awarded the title Hero of Ukraine.

In 1994 the faculty of Dentistry was organized and Vinnytsia Medical Institute has accredited the highest level of accreditation by Decree of the Cabinet of Ministers of Ukraine (Level IV). The Institute was re-named to Vinnytsia State Pirogov Memorial Medical University.

VNMU was awarded the status of National University by Decree of the President of Ukraine, Mr. L.D. Kuchma, in 2002

There are two health and sports complexes for 200 people.

The total area of their premises is 1172 sq.m. sanatorium for 50 persons, medical units, gym, stadium, and sports areas, dormitories of the University with a design capacity of 3161 beds and one dormitory for faculty of postgraduate education.

Every year, thousands of foreign students flock to Vinnytsia National Medical University (VNMU) for admission in the globally recognized ug and pg programs. VNMU offers excellent hospitality and accommodation facilities that are at par with international standards.

There are four comfortable hostels for the students who come from different countries of Europe, Asia, Northern America, and Africa. There are rooms for two or three students. Each room has an individual set of furniture that includes a bed, desk, chair, cold and hot running water, central heating, Internet access, and refrigerator.
The hostels have a modern architectural design that divides the building into several blocks. Each block can accommodate 10-12 students and has a kitchen and a bathroom. The university campus is fully protected and patrolled by security guards. Also, there are large and comfortable reading rooms at the hostel, which can be used by the students for preparing for their studies and for reading newspapers and magazines of different languages.

In addition to the academic work, the professor’s staff carry out great extracurricular activities. They also tell the students about the history of the university and the city and the Ukrainian culture. At the faculty, they organize national festivals, friendship celebrations, excursions, meetings, and parties to celebrate the memorable events.

The eligibility criteria for MBBS in Ukraine for Indian students are as follows:

Want to get into Vinnytsya National Medical University​?

Wondering about the admission process and course price in Ukraine?